a sermon for the Third Sunday of Easter [Year C]

I do not fish, but I do go birding, and I’ve long thought that the two have a lot in common. Both activities consist of going out into nature, into the world, (even suburban and urban locations!), and hoping that you find something that you really don’t have a lot of control over. 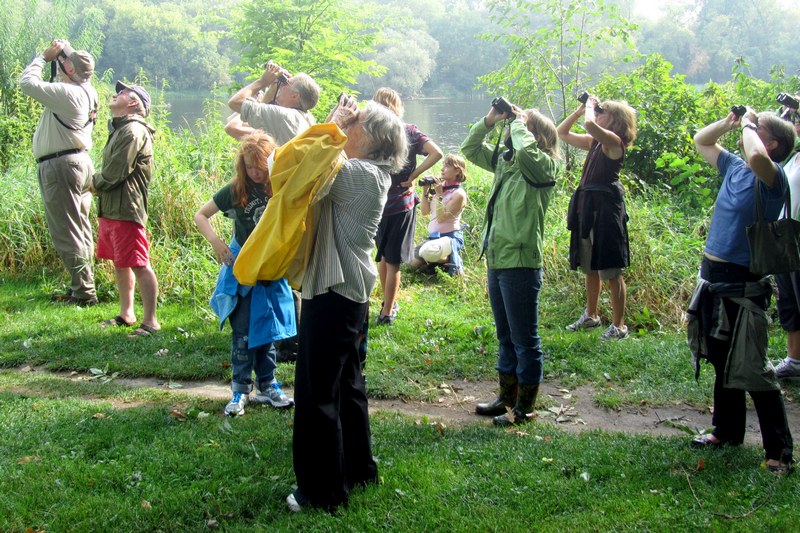 Right now happens to be peak migration season for many birds species that come from the south to North America to breed and raise their young. I’ve been going out almost every day to some of my well-worn nature trails with my zoom lens hoping for what they call in birding circles a “big day.” I crane my neck into the trees. I get really still and listen all around me. And, suffice it to say, so far it’s been pretty disappointing. Either the birds are just not out there, or I’m in the wrong place at the wrong time, or they see me coming and they all say, “Shh. Let’s all be real quiet for a sec.” Sometimes you have such long stretches of nothing exciting that you start to wonder if they’re conspiring against you.

I’ve talked about this with some of the people in our congregation who fish, and they say that’s what fishing is like sometimes. Will Willimon, a bishop in the United Methodist Church and professor at Duke Divinity School says that if you’re going to get into fishing, you’d better be good at failure. It is just part of what happens, and quite often.

That’s what happens to Peter and his fishing buddies a few days after Jesus’ resurrection. This might be the best-known fishing expeditions of all time, and it starts with total failure. They go out with all their nets and their boats and they fish all night, which is when lots of fishing happened back in those days. They work hard, because, after all, this is how they make their living, and they come up with nothing. Next thing they know a mysterious visitor along the shore recommends they do something a little different and—voila!—it’s a big day! Suddenly they have more fish than they know what to do with. Then, one by one, they come to the realization that the mysterious visitor on the shore is none other than their risen Lord. His presence turns their failure into success. They eventually all get to shore and there they find that Jesus has prepared them a meal and he invites them to join.

The Scripture doesn’t say this, but I bet the failure that is looming in Peter’s mind is not the fact they worked all night to catch fish and came up empty. The failure that is likely on his mind is the one from several nights before when Jesus had been arrested and was getting ready to be crucified. That’s when things had really gone south. He had always been the eager beaver disciple, quick to promise Jesus that he would never desert him, but at Peter’s first chance to say something and prove himself, he had denied even knowing Jesus. Three times he had been given a chance to identify himself as one of Jesus’ followers, to prove his love for his Teacher, and all three times he had been too frightened or nervous to do it.

That’s got to hurt, both from Peter’s perspective and from Jesus’. They both probably feel like failures, to some degree—Peter for denying and Jesus for choosing someone so unreliable. But then Jesus does again what he just did with the fish: he gives another chance. He turns emptiness into abundance. He transforms the situation with his grace. And just as Peter denied knowing Christ three times on Good Friday, Jesus gives Peter three chances to profess his love. He gives Peter a new vocation, a new call—to tend the faithful, to feed the church, to follow Jesus.

The call to follow Jesus is to know the story is not over until Jesus says it’s over. To know Jesus is to realize that this is the kind of thing God is always up to: looking at our failures, looking at our shortcomings, looking at our brokenness and ultimately not being deterred by them. God’s mission in Jesus will find a way. He is great with turnarounds. It’s kind of God’s “thing.” As the psalmist says this morning, “you have turned by wailing into dancing; you have put off my sackcloth and clothed me with joy.” Sackcloth is what people wore when they were mourning or repenting from something shameful. God in Christ is always moving things in that direction—from weeping to dancing, from sorrow to joy—and typically in the bleakest of situations.

Peter learns this by the lake that day eating fish and bread with his risen Lord. Saul learns this, too, which we hear about in our first lesson from Acts. Ruthless and tenacious, he is extremely successful in his career of attacking Christ’s followers. Christians far and wide fear him. Saul is probably the last person anyone might suspect to be transformed by grace, and yet Jesus is able to find a turnaround for him, too. On the way to Damascus Saul encounters Jesus in a type of intense vision and receives a new direction. When Saul eventually regains his sight and receives care from a kind Christian named Ananias, Saul becomes Paul. And instead of using a sword to fight against Jesus’ kingdom, which is what he used to be known for, he takes up a pen and fights for God’s kingdom, writing letters to churches across the ancient world that still teach people of faith today.

Yet as powerful as the turnarounds are of Peter and Paul, the place where you and I learn about God’s knack for gracious, surprising turnarounds is the cross of Jesus. There we see and call to mind each week in worship that God can step into the most broken of circumstances and bring about life. As the writer of Revelation puts it, “Worthy is the Lamb who was slaughtered to receive power and wisdom and might.” Or, as we sing each week on most Sundays of the year, “For the Lamb who was slain has begun his reign.” It’s not the Lamb who climbed his way to the top through popular opinion, who beat everybody else, who had the most power. It is the Lamb who gave his life in the most humiliating way. That Lamb is the one God raised to become Lord of all.

Over and over again we re-learn this story every week so that, in part, we can see God’s work in our lives. So that we can hear the promise that our wailing will turn into dancing, that our denials of Jesus’ love will turn into chances to say, “I love you.” To have our lives of anger and disappointment and bitterness be turned around to gentleness and peacefulness and love. Because that’s what God does. 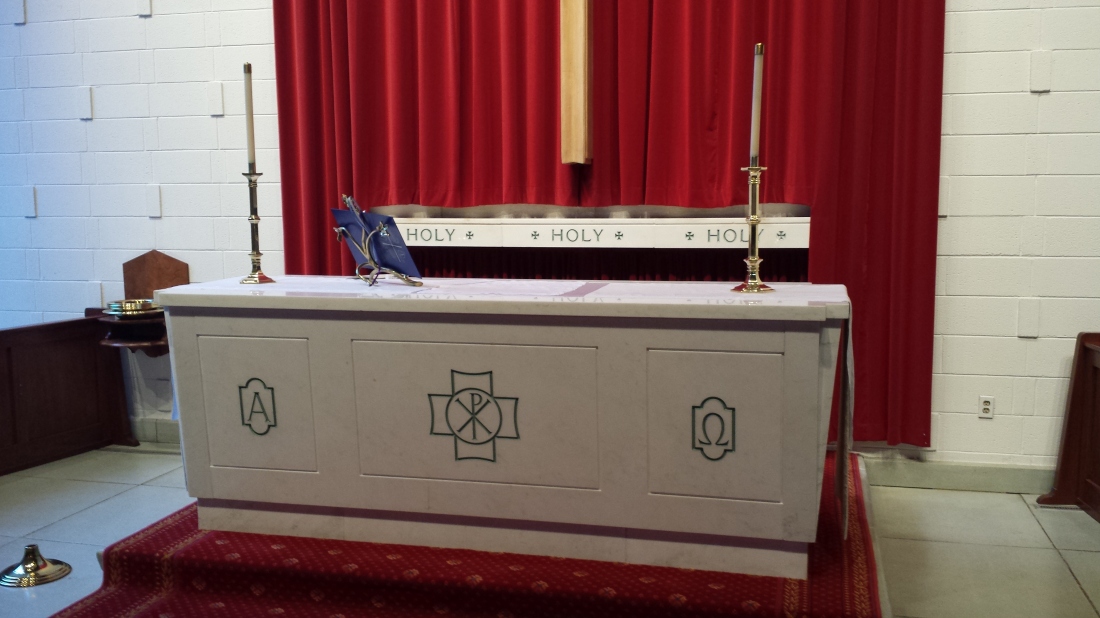 All too often we’re prone to take too short of a view of things, especially in times of tragedy or hardship, in spells of doubt or anxiety. We get tempted to think that whatever situation we’re in is irredeemable, there’s no way it can get better. Or that what we’ve done is unforgiveable. Or that a certain relationship is irreconcilable. But there is nothing irredeemable for Jesus. There is nothing unforgiveable to Jesus. And there is nothing God’s love in him eventually can’t reconcile. As one person put it, our worst day is never our last day. Because of Jesus, even in our grave there is a gate to eternal life.

Last week our Question for the Car Ride, which is printed each week in the bulletin, asked if there was an occurrence or conversation that led you into deeper faith in God. For a meeting this week we shared our responses to that question and I learned the most amazing things about people on that team. One person’s response was so simple and yet so insightful. She said it wasn’t just one conversation she can remember that deepened her faith, but the cumulative effect of all the dinnertime conversations she had at home with her family. Her mind couldn’t pull just one topic or epiphany out and settle on it as eye-opening, but just the repeated sitting down with her parents, who were comfortable talking about matters of faith when they arose, slowly over the years built her a strong foundation in a God who is loving and dedicated to turning around the world’s wailing.

It is by God’s great design that when Jesus encounters his disciples that morning on the beach he offers them food and gets them talking. That’s what he does for us each week. He gets us talking as a family around this table where Jesus once again gives us himself. We have conversations. We have them in the Commons, in Sunday School classrooms, in the pews before church begins, in the narthex and parking lot. Sometimes these conversations are profound, but more often that not they are just regular conversations. They are regular conversations that that little by little open us up and lay the groundwork for God’s big transformations to take place.

I don’t think anyone can predict exactly where Epiphany Lutheran Church will go in the coming years, just as no one could have predicted several decades ago that we’d be here today making the decisions we have at hand. Some people are excited about the direction implied in today’s vote and the opportunities for future ministry that it will lead to. Others are anxious about it, and still others, I imagine, have misgivings. No matter where things go today, or tomorrow, or the next, Jesus will still be gathering us around this table and inviting us into conversation. That we can count on. We can count on the fact that he will be there to meet us in the midst of our failures and disappointments, in our endeavors that don’t pan out like we think, and in those that go perfectly.

We would well remember that it is the life of turnarounds and transformations our baptism has signed us up for. Never stop the story at today because with Jesus it goes on. You never know how God will find a way to turn wailing into dancing.

At this point I’d love to say that one of my birding misadventures has turned into an epic big day. And even if it happens, I know I have something far better: fellowship with you and with a Lord who gives Peter new chances. With the God who turned Paul to love and peacefulness…With One who was slain who has begun His reign.