a sermon for the Nativity of Our Lord (Christmas Eve)

Through the ages we, the church of Jesus Christ, have gotten quite a few things wrong, but I think we’ve managed to get worship on Christmas Eve right. I’m sure there is some way it might be improved upon—perhaps rehearse the anthems and music one more time, definitely polish and shorten up the sermon a bit—but on the whole I think we can give ourselves an A+. God is glorified by what we do tonight. Even though it always follows the same pattern, something still stirs each year within us, something compels us to squeeze uncomfortably in a pew in the way we never would for an athletic event or a show in a theater.

And the candles! That’s really the clincher, isn’t it? The soft glow of, well, of a thousand points of light bathing the faces and tears of both friends and strangers while voices swell in singing “Silent Night, Holy Night,” the world’s beloved lullaby—well, it’s hard to describe that moment. As they say, “You just have to be there.” 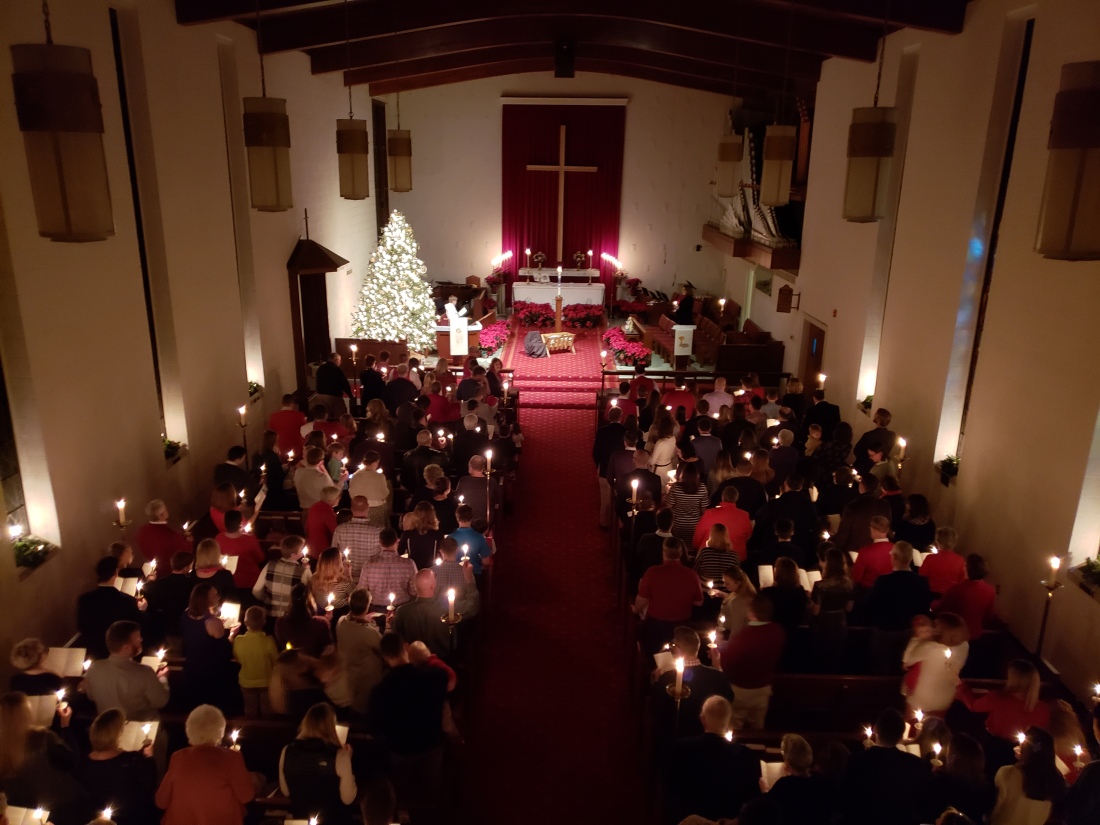 This subject of that moment came up in conversation over lunch a few weeks ago. Some people were talking to me about the candlelight part of Christmas Eve worship and they wondered aloud what the everything must look like from the vantage point of the pastor or choir right at that moment. I said, “It is incredibly beautiful, seeing all those faces. It’s impossible not to be moved.” And then I offered, “Well, I’m sure it wouldn’t be too hard to take a selfie right as we light the candles, if you want?” Naaaah. Even I know that would cross a line.

It could be argued there is no Christmas carol more central, more integral, more crucial to tonight’s worship than that one. Millions of people—perhaps tens of millions—will file into sanctuaries and town squares tonight with candles lighted and sing it. It’s been translated into roughly 140 languages. As many of you are already aware, tonight “Silent Night” celebrates its two hundredth birthday, and to think we only have it because of a church’s broken pipe organ.

You’re probably familiar with the story by now. As Christmas Eve 1818 approached in the little down of Oberndorf, Austria, the priest of the local parish, Joseph Mohr, was worried that the church’s broken-down organ wouldn’t be able to carry the congregation’s singing. Wondering what to do, he remembered he had written a poem a written a few years before and he took it to his schoolteacher friend, Franz Gruber, who came up with a tune for it on his guitar. It was six verses long. The priest and his friend performed it with the guitar on Christmas Eve that year and it was an instant favorite.

The version that we sing and know so well comes from a very rough translation done by an Episcopalian pastor serving in New York in 1859. He slowed it down a bit to make it more of a lullaby, but initially it was sung with a quicker tempo, like a jig. He also changed some of the song’s imagery from the original and gave us some turns of phrase that are poetic but a bit awkward. “Round yon virgin”? For the longest time as a kid I thought “Round yon virgin” was “brown, young virgin.” Kind of funny, but that’s probably an accurate description of Mary, beautifully brown-skinned middle eastern peasant woman that she was—at least it’s more accurate than the lily white one in the nativity scenes I grew up with.

If you were to directly translate Joseph Mohr’s first verse, which most of us probably know by heart, and not be concerned with making it rhyme or fit the meter, it would go like this:

It’s slightly more vivid than our version, isn’t it? Jesus isn’t just tender and mild; we see the way his hair looks!

One of the original three verses that was left out of our version goes like this:

Silent night! Holy Night!
Where today all Power poured itself out
in Fatherly love
And where Jesus as brother to us
graciously embraced
All people of the earth.

Now that’s some lullaby! Turns out far more is happening with this birth than just some angels singing and a young new mother laying her infant in some straw. With Jesus’ birth, all of God’s power and might, all that wisdom that formed the universe, and all the glory of the heavens is being channeled into Bethlehem in the form of a parent’s love. And more importantly it is not your or I, nor even Mary, who encloses the baby in our arms, but rather God who is enclosing us in his—and not just us here tonight, but all the people on earth.

But here’s the thing: Franz Gruber and Joseph Mohr took a risk 200 years ago tonight. They didn’t know how their impromptu carol would go over that evening. They just had to put it out there. It could have bombed. The congregation could have heard it and just as easily thought to themselves, “Oh dear, Lord, someone please fix that organ by next Sunday.”

The creators of the song took a risk, which is what is involved every time a gift is given or a statement made. Every time a poet writes something, every time a composer comes up with a new melody, every time an artist throws colors on a canvas there is risk.

Every time a computer programmer re-thinks a code, every time doctor tries to heal, every time a teacher draws up a new lesson plan, risk is involved.

Every time a Christmas present is wrapped and given, every time the family decides to gather around the table for a meal and conversation, risks are taken.

Part of life, part of being incarnational, is putting ourselves out there, hoping whatever we do and think is received and considered beautiful. We create, we utter, we make choices, we decide, never knowing exactly how it might go. We sit with the sick, and we might get sick ourselves. We take seriously someone’s pain and we might figure out there’s something we can do about it. We say “I love you” and we risk hearing nothing in return.

Some of you, I imagine, took a risk to be here tonight. You have doubts, you have wounds, but you still came to worship and hear and to hold the candles again. And we are blessed by your presence.

No matter the reason any of us is here and no matter the fears any of us may harbor about life, no matter the ways in which each of you risk yourselves daily, may we hear tonight above all that God takes a risk for us. In all the singing and wondering and crying and rejoicing may we come to understand again that’s God’s nature. He tries the incarnational thing too. In pouring himself out into that manger in Bethlehem, in revealing himself first to a bunch of no-names from out in the fields, in allowing himself to be held by a tender mother and a no-doubt nervous father, God puts himself out there. God risks again and again for us, lighting another bright candle against the wind of a dark world.

And even when we don’t have time for it, or when we misuse it, or have become to cynical and untrusting to hear it God still risks his love for you and me and hopes it is received and valued.

“Round yon” is not the only time or place God risks things. It continues from there in the life of one who walks in the margins. He risks confronting demons, risks to touch a leper, to eat with tax collectors and sinners. He puts himself out there at a table with bread and wine, where he is placed in the hands of the people he comes to save, body broken and blood shed. And he puts himself out there on a hill outside of town where the power of God pours out in Fatherly love once more. He opens his arms and they’re pinned down by nails that way. There he graciously embraces for real all the peoples of the earth.

In his op-ed in the New York Times, writer Peter Wehner notes that humans are “naturally drawn to covenants and karma, to cause and effect, to earning what we receive.” “Grace is different,” he says. “It isn’t entirely rational. It interrupts…the consequences of your actions.”[1] Grace and risk…two hinged concepts that our God functions with that interrupts our sin. And we know he is still risking today…inspiring us to risk forgiveness, to risk speaking for the voiceless, to risk, as Paul says to Titus, being people “zealous for good deeds.” God inspires us to risk gentleness in the face of a harsh world, and to risk kindness, especially since we’re drawn to operate with karma so people get what they deserve. Jesus, the gracious risk taker, born again in you and me. 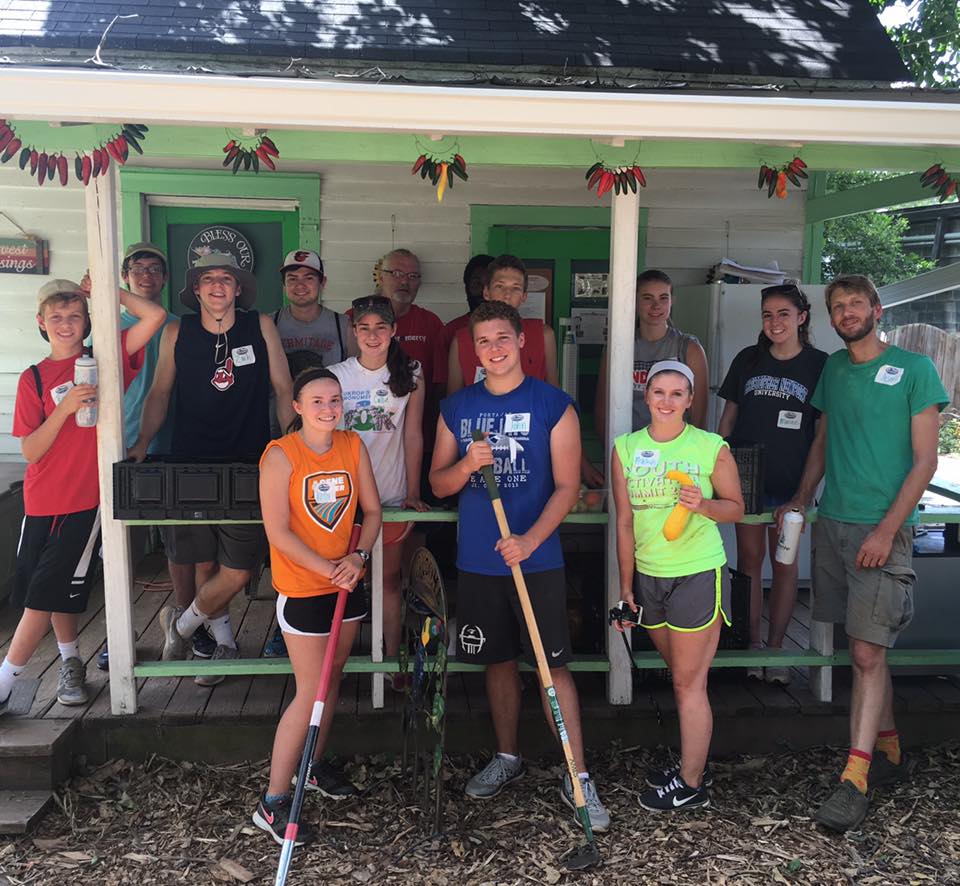 Tonight across the world, in a million churches big and small fixed and functional pipe organs will start to play a slow lullaby for another century of Christmas Eve worship. And among us, as this happens, young children in our pews will be given the awesome responsibility to hold a lit candle, not tilt it, and sing about the brown, young virgin and the pretty baby with curly hair. Some of them will be holding their “Silent Night” candle for the first time. Real fire…real wax…real risk. Bearing the light for all around them to see. If you can, find one tonight and grab a glance. They’re thinking “I can do this. I’m big enough. I can be trusted with this flame.”

May we all feel that thrill and that gracious, heavenly risk as we give witness each day to the Lord of Light. 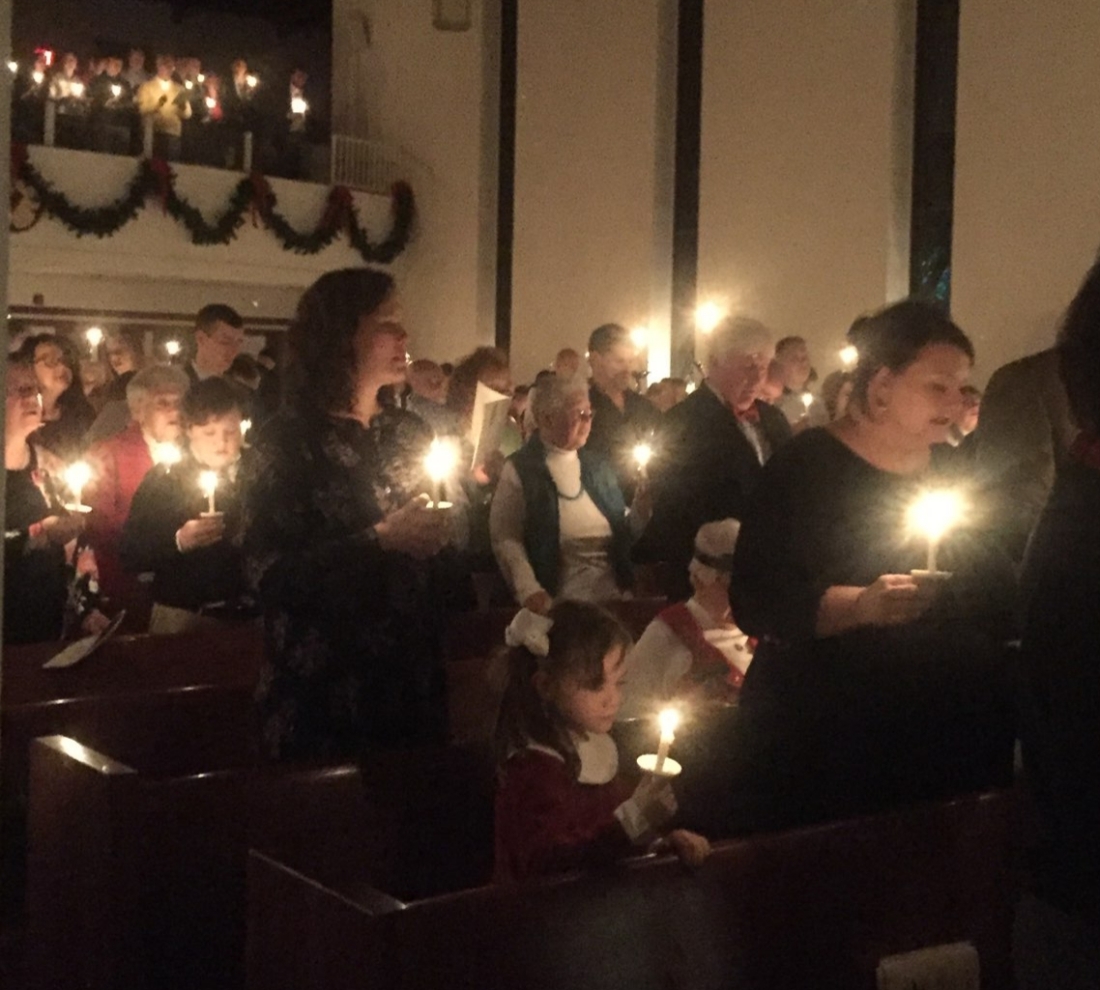