There are so many technicalities when it comes to religion, aren’t there? Even for those who are good at making things simple, religious matters still somehow become barnacled over with all kinds of do’s and don’t’s. Some of the technicalities we come up with in church are a bit harmless, like which order the acolyte is supposed to light the candles in. We know it doesn’t really matter in the long run, but I’ve talked to a lot of 4th and 5th graders and their parents who are honestly worried they’ll get it wrong.

And things like this: just this week I got on an elevator in a hospital with a woman who instantly pegged me for what she called a “reverend.” I pointed to my white collar and said, “What gave you that impression?” But as we continued to talk I realized it was not my collar that indicated to her whether I was a reverend or, as she ruled out, a Roman Catholic Priest. As it turned out, it was the pants I was wearing. “I can tell you’re not Roman Catholic,” she asserted in all seriousness, “because you’re not wearing Catholic pants.” I had no idea what she meant. Apparently I skipped seminary the day they covered that! As I looked down at my dark gray houndstooth patterned slacks, I was just glad I still managed after all these years to pick out Protestant pants accidentally.

As funny as they may be sometimes, the technicalities of religion often seem frivolous and pointless and can be a real turn off for some people, especially to people who are distanced from organized religion. However, there are other kinds of technicalities that really demand our attention. We may not even think of them as technicalities in many situations, because they seem to deal with such harder questions and thornier issues. The farther along Jesus gets in his ministry he seems to get more involved in trying to navigate these types of technicalities. When Jesus finally leaves Galilee and comes into the region surrounding Jerusalem Pharisees approach Jesus about the technicalities of divorce and remarriage. Forget the type of pants the pastor is wearing—I want to know what God thinks about divorce? What does the faith community say about it, especially when a person remarries? What is allowed by Scripture and by God’s standards?

Having never personally been through a divorce, I want to speak with great care and sensitivity at this point. I would imagine these are the kinds of questions that can keep some individuals up at night, the kinds of issues that can gnaw at the gut and create real crises of conscience. Even long after the judge has granted her decision and the custody and financial arrangements have been worked out, many people years later still struggle with guilt and shame. And for people who, for whatever reasons, have remained in marriages that are abusive or irreparably broken, the specific, technical questions about how God looks at it—or what constitutes abuse and neglect, or what is right for the children—are probably ever in the forefront of the mind. In some Christian denominations, those who are divorced and remarried are no longer able to receive Holy Communion, a type of “technicality” that no doubt is tough to live with. And as a pastor who presides at wedding ceremonies, I can say that many of the marriages I’ve been a part of where one or both people are re-marrying have been some of the most joyful and life-giving occasions I’ve been a part of. But have I, technically-speaking, abetted adultery?

We may make light of things we consider technicalities, but suffering is real and in the end we must realize that for some people these questions are loaded. The issue with the Pharisees’ question is that they are re not really dealing with a real person in a real case of suffering at the moment—they mainly want to see if they can catch him saying something blasphemous. Jesus threads their needle, responding with a quick reminder that God’s law does allow for the dissolution of marriage. That is, technically-speaking, it is not against God’s law for a man to divorce his wife. They can look to Moses to find that out. 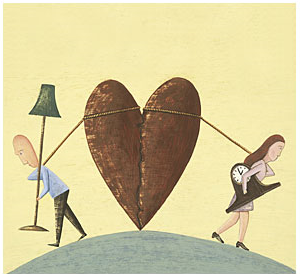 But then Jesus goes much further than the Pharisees and his disciples are prepared for: by quoting Genesis, he reminds them of the indisputable equality and mutual dignity of male and female. Jesus refers to both creation stories in Genesis to make his point—that male and female were created together, that they are fundamentally different but also equal, that in marriage they become one unit, that the family and subsequent generations of human beings are built on this relationship that God has ordained.

In fact, one popular song late this summer has helped drive this home for many of us. It’s a well-known song whose message is timeless, instructive. It has over 1 billion views on YouTube. From the beginning of creation, Jesus seems to say,  “Baby shark, do-do-doo-doo…Mommy Shark…Daddy Shark…” Mommy and Daddy shark—there’s no inequity mentioned there! It’s a harmonious shark unit.

But, you see, in Jesus’ time, marriage was mainly about the clever consolidation of property and power. Women didn’t have a whole lot of say in the matter. They were often like chits in a transaction as families formed alliances and did whatever they could to increase their social standing. Men, who had really nothing to lose from these situations, often used divorce to go from one wife to another and therefore to greater and greater wealth in society. This is why it can be tricky to read this conversation between Jesus and the Pharisees at face value and think that it speaks the same to our situations of divorce and remarriage today.

Jesus points out that marriage is a blessed union intended for much simpler but at the same time much greater function than all of that. One couple in our congregation just recently passed their 67th wedding anniversary. The last few months, however, have seen each of them struggling with illness off and on. Those close to them have noticed that, without fail, whenever she becomes ill and requires a hospital stay, he soon starts to decline too, almost for unknown medical reasons. When she comes home, he starts to slowly improve. Then he falls ill and has to receive treatment in the hospital. She, left alone, can barely can get out of bed. While in many ways it is sad to see them struggle at this time, there is also an undeniable beauty in seeing how their well-being has become so tied to each other’s. Years of cooperation, forgiveness, and shared struggle have intensified their one-ness. We can see in real time that what God has brought together only death will be able to break apart. This is the vision for creation that God has in mind. 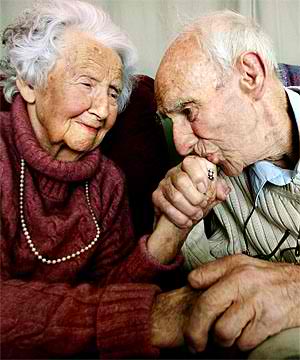 Since we’re talking about technicalities here, it is important to note that I did not technically choose these Scriptures for today. The Scripture texts we read in worship are from a lectionary, a cycle of readings that is laid out over a three-year period and this section of Mark 10 just happens to fall today. I can imagine it is a bit jarring to come into worship and hear about this debate about relationships between male and female on any week, but particularly after the week we’ve just had in American politics and the past year of #metoo movement.

Yet on the other hand, I’m glad that the Bible doesn’t only talk about things like which pants pastors wear (and just to be clear, it doesn’t). Life is full of these technically difficult and meaningful questions, and the Word of God always builds us up. And, as it happens, Jesus message to the Pharisees is only secondarily about marriage and divorce and adultery. Technically-speaking, they are really about power, who often has it, how it gets misused, and how God corrects that. Through time people—most often men—have used power to warp relationships like marriage. Pharisees and religious professionals have used power to categorize people as pure or defiled. Government leaders have used power to sow division and discord among the people they serve in order to seize more power. And all of us are guilty of misusing power to make the kingdom of God about rules we need to follow and rules in our hearts. 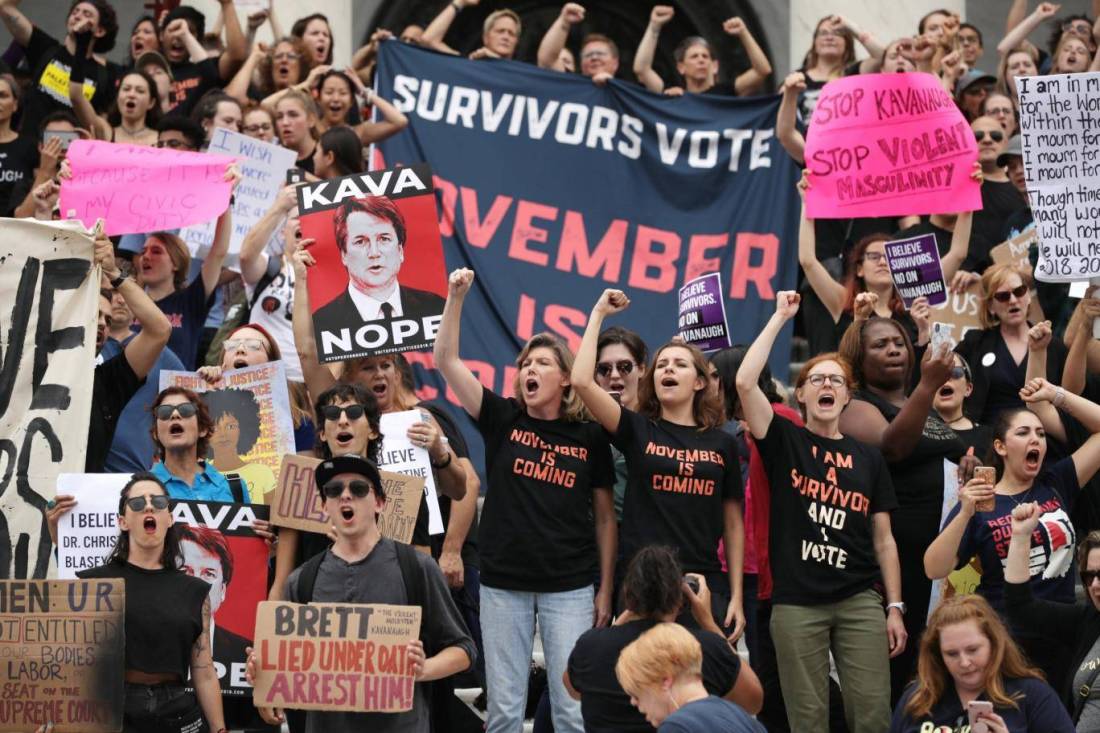 Jesus comes to teach us and show us with his eventual death that the kingdom of God is known by and in the absence of power over any other human. The kingdom of heaven is like an equally-yoked marriage, just past its 67th anniversary, or it’s first, where male and female treat each other with mutual love. As Jesus buts heads with the Pharisees and then in private explains this all to his disciples, he is probably searching for something he could use to show what he means by the absence of power.

Just then, some people start bringing him little children, which in Jesus’ day were people who had no power at all. Even lower on the social ladder than women, children could only depend on others to take care of them. Jesus’ own disciples are trying to move them out of the way. He becomes angry and annoyed. Even they aren’t getting it.  It is only in our human powerlessness that we can have access to God. And he takes the little children on his knee to prove his point. The kingdom of heaven is like that moment, Jesus, in love with our simplicity. It is only when we realize our weakness, when we come to terms with our brokenness that we realize just how near mercy has come to us.

Because, while there may be technicalities about religion and laws, there are no technicalities at all when it comes to faith, to God’s love for us. Jesus loves you…and the less power you feel you have, the less worth you feel you have in the world’s eyes, then the more God pulls near you. The more disposable you think you are, the more insistently God wants to remind you of your value, that you are just a little lower than an angel. The more broken you are, the more God wants you to know his forgiveness. In fact, he will die in order to get that point across. He will offer himself up after a sham trial in front of government officials who won’t know how to listen to him.

And then he will rise again—rise with strong arms that can reach out bless us all. That is the community of disciples we are to be, children on his knee. That’s the children’s sermon we receive in order to pass on to the world, wearing any kind of pants you want.

Thanks be to God, there are no technicalities there.